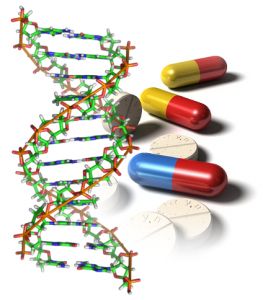 Georgia Cancer Specialists (GCS) continues to be at the forefront of cancer research. GCS—the largest private medical oncology/hematology practice in the Southeast—is the only site in Georgia offering the clinical trial with an oral drug agent aimed specifically at a genetic mutation called EML4-ALK that is believe to be responsible for more than 15 percent of lung cancers in non-smokers.

Long baffled by why and how non-smokers get lung cancer, researchers recently discovered the EML4-ALK genetic mutation, signifying a major breakthrough.

GCS is testing a pill that blocks the action of this mutation. The response rate (percent of patients in whom the tumor shrinks) in early studies was an astounding 50-60% (chemotherapy offers only around 20 percent response rate).

“Lung cancer has vexed oncologists for years, in terms of why and how it developed, detecting it early enough to be successfully treated, and outright prevention. The identification of this mutation and the oral agent we are testing have far-reaching implications.”

This Phase II open label trial targets patients who have this specific genetic mutation. Open label means every trial participant receives the drug; there are no placebos.

GCS administered the drug to the first patient in Georgia in late May. He is a 67-year-old non-smoking lawyer from Virginia who was diagnosed with lung cancer in 2002. He’s been through surgery, multiple chemotherapy trials, a recurrence in 2008, and the CyberKnife procedure for asymptomatic brain metastasis. His cancer continued to progress and he was found to have the EML4-ALK mutation, and thus eligible for this novel trial.

He’s been treated at major medical centers, but none of them had this protocol available. He contacted 10 different centers and GCS is the first one that had this trial open.

Stay tuned for updates on the trial and its participants.